Permutable named as one to watch on list of of European startups and scale-ups working with AI - Permutable.ai

Permutable is delighted to announce that it has been named as one of the top European startups and scale-ups working with AI by TNW’s X-Europe programme. The inclusion onto the official EU programme radar signifies Permutable’s increasing clout within the AI space. 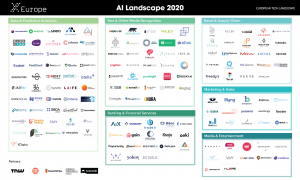 TNW is a global super-connector for startups and scale-ups, large corporations, governments and funding providers. Meanwhile, X-Europe is an initiative born out of the European Commission’s Horizon 2020 programme, aiming to bring together leading deep tech startups to forge stronger ties between developed and developing European regions.

Wilson Chan, Founder of Permutable said, “We are thrilled to be in great company among  game-changing tech entities within the global tech community which are using unmatched artificial intelligence technology to push the boundaries of machine learning.”

Greenwashing ESG and the downrating of ESG funds