Time for an alternative to the COP climate summit? - Permutable.ai 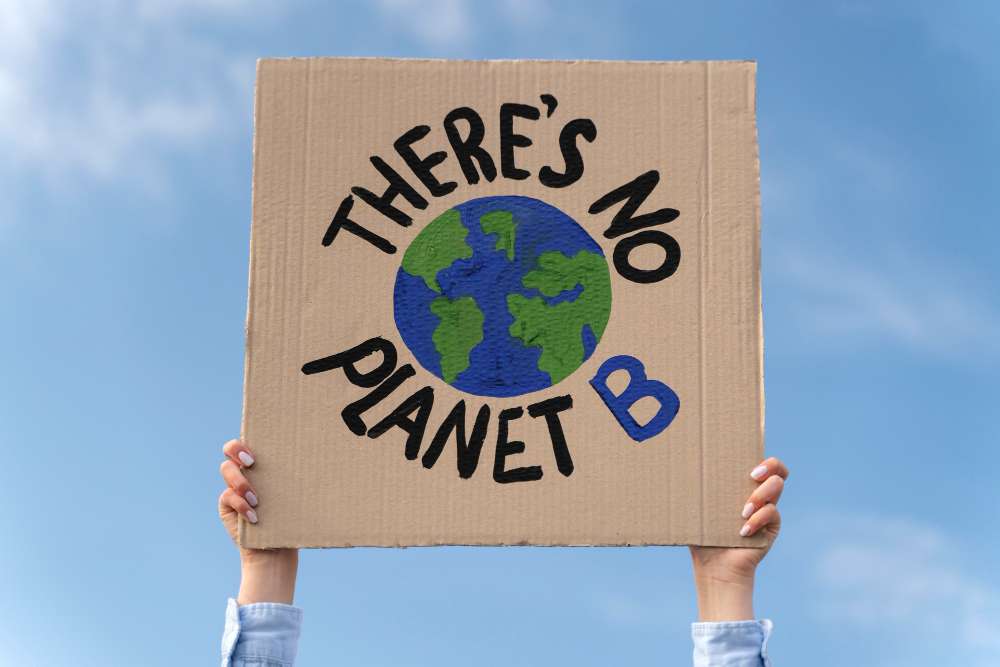 After nearly 30 years of COP, it seems that the COP 27 climate summit has attracted more scepticism than in previous years. From the UN climate conference’s sponsorship by Coca-Cola, one of the biggest plastic polluters of all time according to Greenpeace. Then there were the private jets which flew in from more than 40 airports and their associated emissions (not to mention the emissions from all the commercial flights used by delegates). Across the media and in industry conversations it feels as if much of the goodwill towards COP is being lost. The bottom line is this: Patience is wearing thin and time is running out.

While COP 27 leaders call for ‘new era of implementation‘, it has been disappointing to see how this is being played out during a year when carbon emissions from fossil fuels are at an all time high and action is woefully lacking.

There has been much talk about climate reparations at COP 27. However, to deliver real results for the people and the planet, other vital outcomes are required. These include keeping the rise in global average temperature to well below 2°C. We also need to strengthen our ability to respond and adapt to climate change. Lastly there must be a provision of adequate finance to help create a robust pathway for reducing emissions and adopting renewables.

At the time of writing, the draft COP 27 agreement does not call directly for a phase down of fossil fuels (as India and the EU requested) or for climate reparations. Nor did it advance the reparations requirement by suggesting particular funding arrangements and timing for reparations. Some commentators have identified how far apart the protagonists are.

So, after nearly 30 years of COP, it is reasonable to ask whether a big international climate summit is the right approach? Or could it be argued that the COP climate conference approach is the wrong strategy?

To answer this question, we could do worse than to look at the lessons for history concerning big international agreements to achieve worthy outcomes, specifically the League of Nations, the forerunner of the United Nations.

The League was set up in 1920, in the wake of the First World War, to help cope with issues such as the collapse of the Ottoman Empire. The handling of the very large number of European border changes in the wake of the war It was the first truly multinational agreement on how nations should settle their disputes peacefully. Very much just as COP was the first global forum relating to climate change.

At first the League had 48 members, increasing to 63. However, there was a big problem with the League. By then the most powerful nation in the world, the United States was never a member (sound familiar?), mainly because many American politicians did not want to get involved in peace efforts abroad. President Woodrow Wilson’s 14-point world peace program which had advocated the formation of the League was inspiring. However its ideas were mostly rejected by an increasing isolationist US Congress.

The hammer blow for the League was the withdrawal of aggressive and powerful nations such as Germany (1933), Japan (1933) and Italy (1937). By withdrawing, they simply side-stepped the League’s governance. The rest is history.

From a climate change point of view, the lesson is simple. An organisation in which some of the most powerful members (not just the governments but their companies and populations) are not fully committed to the objectives of the organisation may be at best a waste of time. At worst it may lead to delay or diversion of efforts to resolve issues. This is because the rest of the membership naively believe that while these powerful, aggressive nations are members, everything will be OK.

But it is not. As the League’s history shows, it only takes a change of government for commitment to vanish. This can be seen in reverse with the adulation given to Brazil’s return to COP. How long will it stay?

So, if the COP climate summit simply is not working and is at risk of becoming a somewhat farcical show of egos, big oil companies and polluting countries parading their commitments to trivial actions what are the alternatives?

One alternative is a redesigned COP model. This might be limited to countries which demonstrate by outcomes rather than declarations. It would comprise only those fully committed to fighting climate change.

The problem with this is that that this may lead to a debate on definitions or outcomes. For example, whether they should be based on absolute levels or improvement, However, one model that could be followed here is that used by the EU. This has (effectively) inner and outer members depending on their degree of commitment to the EU’s ideals and policies. While this approach has not been successful in all respects, it has succeeded in some ways.

Another alternative is legal. In other words, to leave it to intervention by the International Court of Justice or national or other international legal authorities. This approach has been used before e.g. to deal with genocide. However, it is worth remembering that this approach will lead to a protracted period of legal arguing about the causes of climate change and of evidence concerning accountability. We simply don’t have that time to play with.

A third and related approach would be to use national and international law to make corporate citizens and other organisations (e.g. cities) accountable for their actions in this respect. There are many large companies whose activities clearly contribute to global warming.

The EU requirement for corporate sustainability reporting is clearly going to help. This would be supported by many investors (individual and corporate). The importance of data about individual contributions to global warming and commitments to mitigate the effects becomes critical. Cities can do something, as Gavin Lendon argues.

All of this may require changes to legal frameworks, but in some countries city legislatures can achieve a lot through their taxation and regulatory powers. For example, the Nature for Cool Cities Pledge, overseen by the Cool Coalition involves collaboration between NGOs and academics to ensure that sustainable cooling solutions are used more widely.

Perhaps the best solution is some combination of the above approaches. This would call into question the way in which COP works. It is already clear which nations, companies and cities do most to contain global warming. it is also clear which do not.

If the world could agree a definition of climate angels and devils and the data requirements for measuring who is what, then investors, electors and customers would have a much better basis for making their choices. We woud all know whom to buy from, whom to invest in, and whom to vote for.

Greenwashing ESG and the downrating of ESG funds